You should be redirected automatically in a few moments, but if not, please click here to see if Museums, World Heritage and Woolton in Bloom has made the transition. 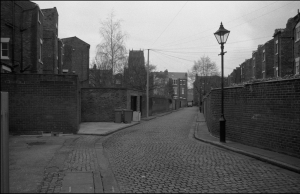 In the news this week, English Heritage are continuing efforts to protect the historic environment, while a local resident of Woolton is playing her own role. David Fleming talks about Liverpool’s World Heritage Site status, and the Maritime Museum (of which he is ultimately responsible, amongst other things) appears on a new set of stamps.

Following the launch of Heritage at Risk 2013, English Heritage have announced plans to crowd-source information about the 345,000 Grade II listed buildings in England. Volunteers from across the country will be recruited to carry out small surveys of their local buildings and, following a handful of pilots which went well, EH CEO Simon Thurley hopes to amass “a complete picture of the condition of all England’s listed heritage”. Read more about the volunteer heritage army on the English Heritage website.

As I said above, recently the Heritage at Risk 2013 register was announced, with an updated list of historic buildings at risk being released. The list is renewed each year, hopefully with fewer buildings at the greatest level of risk, and optimistically it seems that 47% of the buildings on the original 1999 list have been saved, and no longer appear on the register. Leaflets summarising the list for each region (including North West England – 2MB PDF) are available from English Heritage.

David Fleming, director of National Museums Liverpool since 2001, writes a short article on developments in Liverpool’s World Heritage Site status. Noting that the only sites (in addition to Liverpool Mercantile Maritime City) on the “List of World Heritage in Danger” are in places like Kosovo, Syria, Afghanistan and Iraq, David reports that a seminar took place at the Town Hall on 23rd September, where it was agreed that the WHS was important to Liverpool, and not at odds with attempts to develop Liverpool and its economy. The blog post appears on the NML website – let’s hope something good comes of that discussion.

One of David’s charges is the Merseyside Maritime Museum, which will soon be appearing on a special collection of stamps! To be honest, the blog post taught me a lot about First Day Covers that I didn’t know, which is always good! The collection commemorates the Merchant Navy, and features six stamps showing merchant ships and another showing the entrance to the museum. The blog post, plus a competition to win a set of these stamps, is on the NML website.

Woolton has won the Urban Community category in the Britain in Bloom competition, and the entry’s organiser, Kerry Peacock, took home the Community Champion award. This is a brilliant achievement for the volunteer group with a limited budget, and was the only entry which warranted the full gold award in their category. Although this story may not strike you as history-related, I’ve always insisted that the key to maintaining a city is not just its historic character, but also the upkeep of its everyday environment. Congratulations Kerry and Woolton! The story about Woolton’s Britain in Bloom award is on the BBC News website.