You should be redirected automatically in a few moments, but if not, please click here to see if The Changing Liverpool Landscape has made the transition. 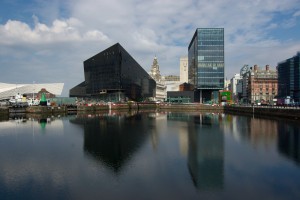 This week’s round-up looks at a project to rediscover Liverpool’s royal past, a couple of articles worried about Liverpool’s planning future, and an old building goes back to its roots. First off, a recently-started project investigates a place very close to my heart.

The HUNT! Liverpool project is a “Heritage Lottery History Project With A Difference…“. It’s one I intend to keep following, as it’s looking into the history of the hunting park of Toxteth. It’s based in Granby, but takes tours around local sites of historic interest, including, last month, Croxteth Hall in West Derby. As someone who was born and brought up in West Derby, this was a staple of school trips, and a favourite of the late Mr. Dewsnap. Croxteth Hall has changed and grown over hundreds of years, and being in West Derby puts it at the centre of Liverpool’s medieval history. Find out about what HUNT! got up to in Croxteth Park on their blog.

The allertonOak website is a long-standing source of information about Liverpool’s history. There’s hundreds of pages on the site, but one which was brought to my attention recently via Facebook, is Lost Rivers of Liverpool. It takes an astonishing 22 rivers and streams from Liverpool and the surrounding area, discussing their histories, origins and their current state. Some are well known, like the Pool and the Dingle, while others might be new to you. Either way, you’ll probably learn a lot that you didn’t know before, so have a read about the lost rivers of Liverpool on allertonOak.

The central Grace, the Cunard Building, is to be used as a cruise liner baggage handling and check-in centre, much like the function it originally served upon completion in 1917. It’s currently home to several companies who lease out offices, and the Council is to join them, allowing them to leave their offices in part of the Capital building on Old Hall Street. This doesn’t seem to be a money-saving measure, however; rather it will improve cruise liner services and help boost tourism, according to the BBC’s sources. The Cunard Building, close to the White Star Line building and the Port of Liverpool building, sits in a group of structures which characterise Liverpool’s waterfront functions at the height of its fortunes. Find out more about the future of the Cunard Building on the BBC website.

Followers of the fortunes of rescue archaeology may not need telling that there’s been a reduction in the provision of archaeological services by the state in recent years. Merseyside’s Historic Environment Record (HER) disappeared in the midst of the recession, after funding from the five local authorities was removed, and a similarly bleak picture is emerging across the country. The Independent has a report quoting Rescue: the British Archaeological Trust, and a recent report by English Heritage, the Association of Local Government Archaeological Officers (ALGAO), and the Institute of Historic Building Conservation (IHBC). The gist of the argument is that national government are shifting the responsibility for heritage protection onto local government, while local government have “unrealistic spending limits” for everything they do, not just heritage services. Local and national government should jointly shoulder the responsibility, as the Independent article on the risks to heritage sites explains.

Suggested plans for Liverpool’s future strike a more optimistic note on SevenStreets, where five experts in the field of regeneration put forward their ideas for a rejuvenated Liverpool. The ideas range from the general and achievable (“5. Go Green”) to the specific and ambitious (“2. High Ideals”). I think some of these ideas are great: steal ideas from elsewhere, but be distinctive, though personally I just want to see the back of the flyover (and, indeed, in another sense, the backs of the library and museum), despite a successful and similar project in New York, High Line. What do you think of SevenStreets’ five ideas for Liverpool’s future?

Well, that’s it for another fortnight. As always, if there’s anything you think I should be covering here on the blog then do let me know, either in the comments below or on the Historic Liverpool Facebook page and Twitter stream.

Also, may I offer a little reminder that my book, Liverpool: a landscape history is still available via Historic Liverpool, for £14.99 with free postage and packaging, and signed by me (extra written message optional and free!).

Image: the photograph is called Liverpool Past and Future and is by me, Martin Greaney, released under a Creative Commons Attribution ShareAlike license.