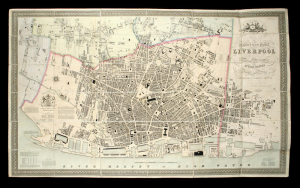 Well, by the time you read this we’ll be well into 2015, but it seems the right thing to say, as I’m planning to reinvigorate Liverpool Landscapes, which has gone a bit quiet over the last couple of years. My excuse is that I’ve become self-employed, and only just getting to grips with managing my time!

I also received a message from WordPress telling me all about my year in blogging. Compared to previous years, there were far fewer readers here (9,600 page views compared to 19,000 in 2012), and so I feel it’s time to work a little harder. There are so many great Liverpool blogs out there that are inspiring – I hope I can get just a little of what they’re doing!

And so, here are a handful of news stories which might have piqued your curiosity over the last few weeks. Let me know if this is the kind of thing you want. If it is, tell your friends too!

That’s all for now, folks. Tune in next time when we’ll have a look at more news affecting Liverpool’s historic landscape.