Some of Liverpool’s most fascinating history comes out of its darkest days, and to look back on it summons feelings of fascination, astonishment, but maybe even a little nostalgia for ‘simpler’ times. The links in this edition of the blog cover those times, as well as the vibrant history community that is alive and well on the web today. END_OF_DOCUMENT_TOKEN_TO_BE_REPLACED

END_OF_DOCUMENT_TOKEN_TO_BE_REPLACED

This week’s round-up looks at a project to rediscover Liverpool’s royal past, a couple of articles worried about Liverpool’s planning future, and an old building goes back to its roots. First off, a recently-started project investigates a place very close to my heart.

END_OF_DOCUMENT_TOKEN_TO_BE_REPLACED

The word ‘blog’ is short for ‘weblog’, a log of interesting sites you’ve come across, and which you want to share with your readers. So, in the first of an attempt at a regular feature, here are some stories of interest to those who like a bit of Liverpool history… END_OF_DOCUMENT_TOKEN_TO_BE_REPLACED 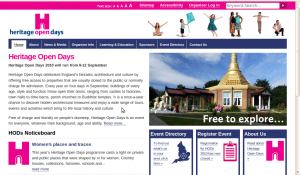 As I mentioned in my last post, a number of sites are opening across the country this weekend as part of Heritage Open Days.

The highlight for me would be the Ancient Chapel in Toxteth, which has important connections not only with the history of astronomy, but also with the New World.

Although by definition single open sites aren’t strictly ‘lansdcape archaeology’ I thought I’d collect a handful of useful links for you showing coverage of the excellent selection of Liverpool locations and events you can visit this weekend (and this weekend only!):

If you’re visiting a Heritage Open Day this weekend (or you’re reading this having already been to one) do let us know what you think in the comments.

There is a very strong woodland feel to events in Liverpool this weekend.

Mab Lane in West Derby is being transformed by the planting of tens of thousands of new trees on a brownfield site, in order to create “the world’s most colourful woodland“. Work is expected to start in Spring next year, and will cost £700,000.

Also this weekend, Liverpool’s Pool Project are celebrating that which first brought royal attention to the area, and which is largely forgotten today: the royal hunting forest of Toxteth. The idea is to recreate one of King John’s hunts through 21st Century Toxteth, and at the same time gather information about the archaeology, biology and botany of the area bounded by modern Upper Parliament Street, Smithdown Road, Ullet Road and Sefton Street.

Toxteth Park was part of a large area of land on the north side of the Mersey which was popular with medieval royalty for hunting and riding. For hundreds of years it was ’emparked’, in practice meaning nothing could be built on it. Only when this status was removed did large scale building begin in the area. In its early days it was the preferred suburb for rich Liverpool merchants to escape the hustle and bustle of the city centre. In later years these richer inhabtants of the city moved to other areas such as Rodney Street, north Liverpool/Kirkdale and West Derby. Toxteth became covered in vast swathes of Victorian terraces, built to house the ever-expanding working classes who kept the factories and docks going.

For more information, see the Toxteth pages of the Historic Liverpool website.