You should be redirected automatically in a few moments, but if not, please click here to see if Top Liverpool Links, 30th September 2013 has made the transition. 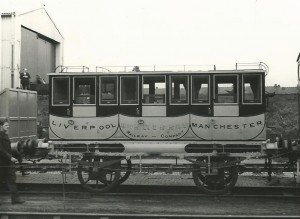 It’s time for another round-up of interesting Liverpool history sites and pages I’ve come across recently. I’ve also a few news stories to share, but first of all, some old photos and videos.

Earle Street is the Ghost Street in the latest of Seven Streets’ series. The topic of the post is the Earle family itself: slavers, traders and all round movers and shakers from the 18th century onwards (Earlestown near Newton le Willows is apparently named after Sir Hardman Earle). The article takes in St. Paul’s church which once stood here, plus the Liverpool Stadium (the ‘Graveyard’), and highlights the fact that as many Liverpool streets are named after slavers as are named after landscape features. Find out about the history of Earle Street on the Seven Streets website.

The short film Merseyside by Liberty Films, from 1941, is a fascinating snapshot of life and work on Liverpool’s river in the middle of the Second World War. It’s probably to be seen as part propaganda piece (Liverpool was famously left out of much ‘Blitz Spirit’ coverage for the sake of preventing the enemy realising just how much damage it had done), and so is rather upbeat. Even so, it’s charming in its own way, and is full of life. Watch the ten minute film of Mersey life on the British Council’s Film website.

A photo tour of the ‘lost’ Queens Square appeared on the Memories Are Made of This blog back in 2008, but I’ve only just discovered it. I put ‘lost’ in inverted commas because, of course, it’s still there, but the photos on the post show just how much it has changed in 50 years or so. The Playhouse is still very much there, but the Stork Hotel, the Magic Clock and the fruit market are all long gone. Have a look through the old photos of Queens Square and let me know if you have any memories like the blogger John does.

Church Street in the 1890s was a busy place. The always-excellent Street of Liverpool blog put up a photo of trams, people and animals in the street back in June. There’s no point me reposting every one of Colin’s great images, but this one caught my eye for the amount of stuff happening in the picture, and the little details he pulls out of the shot to help date it. Also, there’s a dog chasing a tram – what’s not to like? The photo of Lord Street in the mid-1890s is on the Streets of Liverpool site.

A tour of south Liverpool landmarks is a modern take on the Queens Square photo collection. Ronnie Hughes of A Sense of Place went walking with historian and teacher Stephen Roberts. Their route – aptly labelled Lost Liverpool‘  took in places like Dowsefield, Allerton Manor and Allerton Towers, the sites of which are now very different to their heyday! Read about the tour of historic and hidden places on Ronnie’s blog.

That’s the highlights for this week. Of course, if you know of any other Liverpool or Merseyside-based blog which talks about the landscape, historic buildings or maps then do let me know and I may include it here in the future!

There are a couple of news stories which broke recently, which might also be of interest:

A massive project is about to begin, to allow larger ships to dock on Merseyside. You could see it as the latest in efforts which have been ongoing since Liverpool started building docks! Port of Liverpool £300m project to deepen approach starts (BBC Liverpool)

Sefton Park is now – officially – one of the best parks in the country. English Heritage have upgraded its status as a Registered Park and Garden from Grade II* to Grade I. Sefton Park is one of Britain’s best (Liverpool Echo)