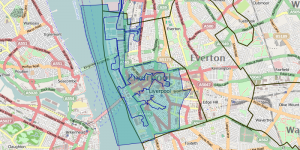 It had been on the cards since Peel proposed their Liverpool Waters scheme, but the decision was finally taken in the wake of Liverpool City Council’s decision to grant that scheme planning permission in March of this year.

The conflict between the redevelopment of this part of Liverpool and the city’s historic landscape has often been seen as a question of jobs vs a certificate in the Town Hall. But if UNESCO were just keen on handing out certificates, and if the Council were just having a spot of redecoration when they handed in their bid for the honour in 2003, then much of this discussion wouldn’t be taking place.

A World Heritage Site is one of dozens of designations that sites of historic importance can be given in order to protect them. One of the first laws to protect heritage was the Ancient Monuments Protection Act of 1882, and this has been updated and added to over the years. The approach of the Second World War inspired the Royal Institute of British Architects and the Society for the Protection of Ancient Buildings to make a record of the historic buildings, many of which they knew would soon be destroyed. The pressure on such buildings increased with post-War redevelopment, when once again the choices looked like ‘jobs vs pretty buildings’ (although in reality the desire sweep away the past to make way for a science fiction future city also played a part).

As part of the protection of these ‘monuments’, some listed buildings were even moved from their original positions when redevelopment threatened. But towards the late 20th century it was gradually realised that much of the historic significance of buildings and monuments lay not just in their architectural merits (which can change with fashion) but in their location and their landscape (hence the title and contents of this blog). Conservation Areas are one type of designation which reflects this: just as much importance is given to preserving the appearance of a whole area, rather than just ensuring that a particular building is kept standing. And in this sense ‘appearance’ can mean many things, from intrusive extensions to classic façades to the scale of the built landscape and the street or its connection to other related features nearby. Port Sunlight means a lot less as architecture than it does as a text book example of a workers’ village, and as such a hypothetical scattering of every building to the four corners of the globe would render much of its historic value obsolete.

World Heritage Sites are Conservation Areas on a global scale. They are sites which not only represent a complete landscape dedicated to an activity or ground-breaking historical era, they are also case studies which represent these activities and eras for the whole world. Thus the Maritime Mercantile City can justly be seen as the epitome of the Victorian merchant city. Liverpool was only the second largest port in the world at the time, but the extent to which it dedicated itself to being a transport and trade hub is arguably unrivalled in the world, and it’s written in the city’s fabric.* The Pier Head is a combination of docks, dock offices, shipping line headquarters, shipping insurance buildings, mariners and quays. The Liverpool Waters Scheme (understandably) has none of these, but also crucially it makes little attempt to re-use the existing landscape of maritime buildings. So UNESCO’s decision that the WHS is ‘In Danger’ means that it sees the potential destruction of this landscape.

*(In fact, it was this specialisation which led to its downfall after the Second World War, when it had to shift to a different economy: one of manufacturing and light industry. Neither the city nor its workers took to this easily after so many decades in the transport sector.)

Can a WHS and economic development go hand in hand?

It can be wearying watching (or getting involved in) the unending arguments for and against development. But look closely and you’ll see that UNESCO, and English Heritage too, do not argue against development per se. They have both attempted to promote the ‘right kind’ of development that suits the area it is in. What Joe Anderson must understand is that UNESCO have no choice but to strip Liverpool of its World Heritage Status if the landscape of the Mercantile City is no longer intact. It’s not a punishment for development as such, its simply a recognition that the historic landscape which earned a WHS designation may soon no longer exist.

If the Council want to argue that the WHS should not be taken away, it should be on the basis that the new development does not alter the specific aspects of of the landscape. Otherwise it’s akin to arguing that Milton Keynes should still be called a village, it’s just had a lot of  ‘development’ since 1967.

Development has been shown repeatedly to be possible in Liverpool, and within its WHS. These have not always been uncontroversial, but the King’s Dock and the southern docklands are effectively, though to different extents, 21st century developments. But they are developments within the Mecantile City mould. They sit within the landscape, a part of it, not an imposition on it.

Architects, developers and council planning committees have a choice every time. They must (ahem) navigate this ship between treacherous sandbanks, but there is no reason to run aground if you keep your eyes out for danger. Yes, it is hard work to ensure quality developments every time, but it was hard work to win the WHS in the first place and its worth working to keep it. In a way putting the city on the In Danger list is more of a problem for Anderson and the Council, as their responsibility to the site, and to the world, is under greater pressure now than it was before. Sites in Pakistan and India were last week removed from the In Danger list, a testament to the work put in to save them. If Liverpool had already been stripped, perhaps the pressure would have gone to even bother about conservation in town at all now, but instead the eyes of the cultural world are on the city’s next move.

Landscape designations are given for areas which display a certain unique character which is worth preserving. If that character is threatened by development which does not fit into it, then of course that designation has to be removed. But such designation does not prevent development, it merely means that such changes must work within the designation if the certificate is to stay on the wall. If such amendments are ignored then development can go ahead unheeded. But no one should be surprised, and certainly not angry, when the label disappears along with the character. That is how designation works.

That Joe Anderson has been so vocal against UNESCO shows that he cares about the WHS , if only for tourism’s sake (and how much of a misunderstanding it is if that’s the case). But the choice was there, and the decision was made. All we can do now is see what effect the development has as it unfolds in the next couple of years.