It had been on the cards since Peel proposed their Liverpool Waters scheme, but the decision was finally taken in the wake of Liverpool City Council’s decision to grant that scheme planning permission in March of this year. END_OF_DOCUMENT_TOKEN_TO_BE_REPLACED

UNESCO this week are visiting Liverpool to assess the threat to the World Heritage Site (WHS) posed by the Peel Waters plans. Surrounding the visit there has been a lot of debate on the role of the WHS in a modern and changing city. END_OF_DOCUMENT_TOKEN_TO_BE_REPLACED 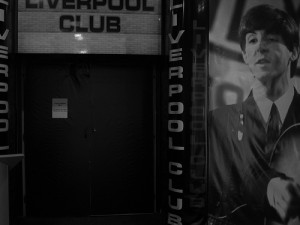 As you might gather, it’s all about the awards this week – bidding and winning.

First up, it’s the brilliant International Slavery Museum, which gained an honourable mention at the UNESCO Madanjeet Singh Prize for the Promotion of Tolerance and Non-Violence, awarded every two years. The museum achieved this through its ongoing work to commemorate the lives and deaths of millions of enslaved Africans, and also the legacies of slavery (racism, injustice, exploitation). François Houtart (Belgium) and Abdul Sattar Edhi (Pakistan), from Belgium and Pakistan respectively, shared the $100,000 prize itself this time.

The Black-E (formerly the Blackie) arts centre in the Great George Street Congregational Church has been awarded £50,000 of Heritage Lottery Funding to preserve its archive. The archive consists of 57,000 photos and slides and 22 filing cabinets of documents, and the project will take three years to complete. Of most interest to me, and I should think to you, is that at least some of these images and documents will end up online. As Wendy Harpe, a founding member of the team, puts it: “we’re not preserving this stuff just for the sake of it”. In addition, parts of it will be put on CD or DVD, although the article doesn’t say whether these will be available outside the Black-E itself. The physical archive will remain at the Black-E or somewhere else in the city. What’s notable is that the current Black-E website has a holding page for a ‘Museum’ section, which would be the natural place for the archive. Looking forward to seeing what comes out of this!

The final award goes to the PR campaign which kept the phrase ‘Capital of Culture‘ ringing in your ears all last year. The campaign, a co-operation between Liverpool City Council and the Liverpool Culture Company, was awarded the Best Public Sector Communications Campaign at the How Do awards this week. I think it’s clear to everybody just how much coverage the event got, locally and nationally, and it’s even been hailed the most successful Capital of Culture programme ever by the European Commission! More facts and figures about how great it was on the ArtInLiverpool blog linked to above.

Liverpool is now bidding to become the first English UNESCO City of Music. Only four other cities can lay claim to the title, including Glasgow, Bologna and Seville. Councillor Warren Bradley pinned down the importance of music to Liverpool: “Music is in Liverpool’s blood… from the days of sea shanties and Merseybeat to classical and dance.” Not sure when the ‘days of sea shanties and Merseybeat’ were, but you get his point. The most exciting thing for me is that a four month long mapping exercise will show where music is being made and played, and submitted in support of the bid. To be honest, they could do worse than to have a look at the Popular Musicscapes project funded by the AHRC and mentioned in one of my own posts a couple of years ago. Hopefully they visited the excellent Beat Goes On exhibition at World Museum Liverpool.

Well, that’s quite a long post! Any other awards we should go for? 🙂