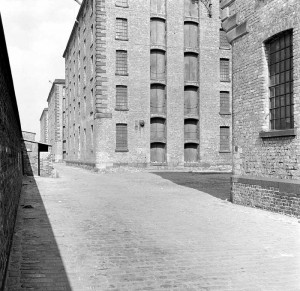 UNESCO this week are visiting Liverpool to assess the threat to the World Heritage Site (WHS) posed by the Peel Waters plans. Surrounding the visit there has been a lot of debate on the role of the WHS in a modern and changing city.

There are two opposing points of view. On one side we have the one-man band of the Liverpool Preservation Trust railing against the plans, and English Heritage (EH) expressing concerns about the nature of the development. On the other side are the developers and Council loudly proclaiming that ‘if we have to give up the WHS for investment, then so be it’.

Fear of a Changing City

But despite the concerns of the heritage lobby, it must be remembered that what EH, the LPT and concerned Scousers around the city want is development, not just of the type that Peel are proposing.

Those who leave comments on the Echo website about how Peel will wreck the city, and those who say we should ignore the WHS in return for jobs must remember that memories of previous modern developments are still strong. After the Second World War Liverpool had several city plans for completely reshaping the town centre, and massive developments in Everton and Kirkby are also the souvenirs we have of that time.

There is a popular dislike of much modern architecture, born of the mistakes of the over-enthusiastic 1950s and 60s developers (remember, someone wanted to put a motorway through the Blue Coat Chambers). The most oft-repeated horror stories of the mid-20th century are the loss of the Customs House, the Liverpool Overhead Railway (LOR) and St. John’s Market. Whether or not the LOR could have been viably restored makes no difference to the fact that the Customs House and St. John’s Market were, or at the very least feel, like unnecessary losses. And looking at what we were given in return – St. John’s Precinct and the modern buildings of Derby Square – it comes as no surprise that there are serious concerns with what Peel will leave us with.

My own opinion is more closely concerned with the future experience of living in a Liverpool of skyscrapers when the current town is more human in scale, and with the effects of dragging the centre of gravity in another direction when Liverpool ONE has already stretched it almost to breaking point (see T.J. Hughes, for example).

Coupled with this is a distrust of developers for exactly the problems Seven Streets mentions: defacement of old buildings before they can be listed is a standard tactic nationally by developers who want to game the system. The same goes for neglecting a building until it’s too late to save and thus stand in the way of ‘progress’. The rhetoric of ‘jobs for locals’, whether or not true, just muddies the waters further.

The Liverpool: a city with a Past and a Future

A distaste for modern architecture, coupled with a distrust of developers and politicians, and the regret of past architectural losses makes for strong anti-development sentiment, as does the steamrollering of citizens’ interests behind a wall of spin. I’ve no doubt that the spin comes from both sides, but retreating to either ends of the debate doesn’t help anyone.

What both sides want is development. What the heritage lobby would like to see is a sensitive rejuvenation of old buildings, and they fear that any large-scale development will ride rough-shod over these wishes. What those in favour of these schemes want is the removal of barriers to development.

There is an overlap of these desires, but as of yet I’ve not seen a sensible way forward advanced by either side. It seems to be

“Here, we’re going to build a load of skyscrapers”

“Fine, as long as you protect the historic environment by not building any skyscrapers”

“But our development is meaningless without skyscrapers – we’ve already made it rubbish by doing half of what you asked! Heritage must step aside completely and let us through!”

And thus both sides retreat to their respective corners, and meanwhile abandoned buildings fall down.

Building on the past

What has happened is that Liverpool were very keen to promote the WHS and culture during 2007 and 2008, but now that the inward investment has been attracted, they’re all too willing to risk throwing it away in the pursuit of projects which many people are understandably skeptical about.

Is there a way to restore trust in developers, and for the heritage contingent to go further than simply taking existing plans and chopping off the bits they don’t like? It will take effort, engagement, cooperation and discussion, and less of the mud-slinging which has been all too prevalent in the Peel/UNESCO saga.

There is a common cause: to create a dynamic city which celebrates and enjoys its historic environment while remaining open to change. We in the 21st century have the hindsight which the Victorians and the post-war developers lacked. Let us use that knowledge and work together to create a Liverpool which future generations will be proud of, will love living in, and which won’t need to be razed in 40 years’ time. Only by coming out of our corners can we do this.

Image: The Albert Dock warehouses in 1956 before their sensitive redevelopment in the 1980s. Copyright English Heritage.NMR, available on the ViewFinder website.