A new year, an old controversy: UNESCO return their verdict on Liverpool Waters 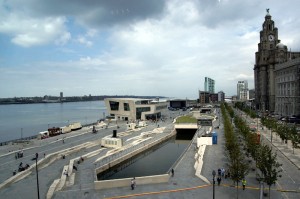 Well, 2012 is just getting started, but UNESCO have set off the first fireworks in this year’s battle over the north docks.

After visiting the city in November, the UN inspectors are claiming that, should Peel’s plans go ahead, it would cause a “serious loss of historical authenticity“.

While UNESCO’s opinions are not a surprise to anyone who’s been following this story from the start, now that a formal response has been received it is up to Liverpool City Council and Peel to respond. English Heritage have also said that they would be happy to become involved “if invited”.

The magazine Seven Streets has published a number of articles on the Peel plans, on both sides of the argument (if I’ve read them right). All are worth reading, but the most recent one (by Robin Brown) especially so It highlights a few key things about the whole slanging match (as do the comments):

What the Seven Streets article does identify is that the tone of the argument against the WHS has probably been deliberately skewed (towards such things as ‘outsiders’ coming in and stealing our investments) in order to rid the city of a perceived barrier to further development. This doesn’t produce a useful long term solution, but then perhaps not everyone is so keen on one.