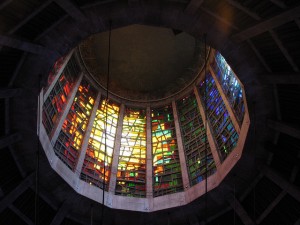 Well, now that Historic Liverpool is up, running and generally settling into its new clothes, we can get back to talking about the rest of the news! RIBA are planning tours of Liverpool, the City Council is planning to sell its historic buildings, and SevenStreets show you the best of RIBA’s upcoming Northwest Architecture Festival.

RIBA will be leading walking tours of Liverpool’s city centre from this summer. The tours will take in not only Liverpool’s history, but also the current built environment, and prospects for its future. The last of these is particularly relevant in view of Peel’s plans to take over the north docks.

The tours should put the historic buildings of the city in context, explaining the influences on their style, and the origins of the street layout. Very similar aims to my two sites, as it happens!

Council to sell off historic properties

Liverpool’s housing ‘crisis’ has prompted the City Council to consider selling off many of the properties it owns, including some of the nicer lodges and other park buildings dotted around south Liverpool. Some of these are valued at over £300,000.

Unfortunately (and inevitably with such old buildings) many of these need quite a bit of revnovation before they can be considered ‘decent homes’. It seems another £750,000 may need to be spent to bring them up to scratch.

The Council just needs to decide whether to sell the houses outright, or let them through Registered Social Landlords. The latter option would bring in a regular income, rather than a lump sum which would be received through selling.

A consultation exercise would be carried out before any decision is made.

RIBA’s Northwest Architecture Festival takes place between the 17th and 26th of June, in the much-loved Mann Island development (ahem). Seven Streets outlines its picks of the festival, including an exhibition of the work of Eric de Mare, the above-mentioned walking tours, and most importantly of all a massive sandcastle competition on West Kirby beach on 26th June.