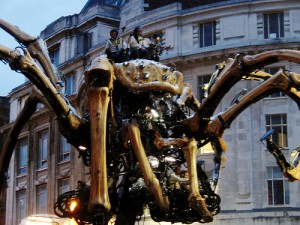 It’s been a little while since I posted. Just because the previous post was the 100th (you have been counting, right?) doesn’t mean I’m quite finished with Liverpool Landscapes. I’m currently drafting the second Liverpool Maps post, and also preparing for a rather important personal event coming in the next few weeks. So I hope to get that post to you very soon, and then there’ll be another short gap before you hear from me again (say, late April).

But before I go, here’s a couple of snippets for you to enjoy.

Capital of Culture a success

Impacts 08, as regular readers will know, is a study being carried out  by the University of Liverpool and Liverpool John Moores University to study Liverpool in the wake of 2008’s Capital of Culture.

They’ve already published a couple of reports, but the latest one gives details about the overall experience of the CoC title. A few choice stats (taken from the Guardian report):

This is a positive reaction, as there were many detractors in the years leading up the event. I felt, as the Guardian reports, that there were many who worried what would actually happen. There were forever the cynics who’d already decided we’d cock it up.

I remember one Pythonesque encounter on Radio Merseyside:

“One revolutionary pop band does not make a Capital of Culture.”

“What about the football teams?”

“Well, yeah, but two world class football teams and one revolutionary pop band do not make a capital of culture.”

“And two of the greatest cathedrals-”

And so it went on. I paraphrase, of course, but that was the gist of the thing.

Anyway, you can download the report from the Impacts 08 home page.

I’ve pointed out Pete Carr’s photography before, but that’s no reason not to mention another. Here’s a great one of the town hall. Pete admits it’s hard to get a shot of the hall without Martin’s Bank in the background, but the bank’s such a great building that it serves as a classy backdrop to this tight shot.

Liverpool’s comic past – defying the cynics

I just watched A Comics Tale, narrated by Alan Bleasdale. It’s part of the BBC’s Liverpool season, and concentrated on Liverpool’s comic past, and was filmed in 1981. Throughout, it trumpeted Scousers’ humour, how it brought them through the bread strikes (“aweful tha’, everyone down the Pier Head in pigeon suits”).  Even though it maintained that tone throughout, always highlighting the problems (Toxteth, unemployment), right at the end, Bleasdale’s narrative suggested ‘we’re dying, but at least we think we’re going out in style’. So it seems that whatever other people think, we thought it first! What’s more, it shows that whatever people say, they’ll always be proved wrong by Liverpool’s determination and stubbornness.

Now on BB4 is a programme about the men who run the Magical Mystery Tour, which is the psychedelic rainbow bus I used to see driving past my school a decade ago.

Developments along the Mersey, move for the Phil, and origins of Scouse

Having recently taken ownership of the Beatles Story in the Albert Dock, Merseytravel have added a new Fab Four attraction to their collection: a set of bushes in the shape of the band.

A new Mersey Observatory will replace the radar tower at the mouth of the Mersey, near Crosby. The winning design, by Duggan Morris Architects, was chosen from a shortlist of five from 92 entrants, and will include a viewing tower, cafe, and exhibition centre.

Vasily Petrenko, the conductor of the Liverpool Philharmonic Orchestra, has backed plans to move to a new, purpose-built home on the waterfront. The long term ‘dream’ would be “amazing… It could be part of a real cultural hub for the city.” The move would solve increasing problems over lack of space.

Liverpool University has invited researchers from Liverpool, Edinburgh and Lancaster to explore the origins of Liverpool’s unique accent. Dr Andrew Harmer, from the School of English, said “The Merseyside accent was first identified in the late 19th Century, and it has been argued that it came about from a blending of Lancashire and Irish speech varieties. If this theory is correct, we might expect Scouse to have been at its most distinctive at the time when having an Irish background was at its height among the people of Merseyside. This has not been the case, however: instead of becoming less distinctive as our kinship with Ireland decreased, the accent has become stronger.” For more information about the event go to AlphaGallileo.org.