There’s all sorts popping up around the Internet recently for those of a landscape persuasion. From the dozens of liver birds dotting the streets, to poking around inside old buildings, there’s something for every urban explorer. Then there’s imaginary city landscapes… END_OF_DOCUMENT_TOKEN_TO_BE_REPLACED

It’s been four months (four!) since I last posted, and this is possibly the longest gap since I began the blog. It’s all in a good cause though, because my extra time has been going into finishing a book I’ve been writing, on Liverpool history of course! More info in good time, but until then I thought I’d share some photos of another Liverpool history book I recently bought, plus news of this year’s Heritage at Risk register. END_OF_DOCUMENT_TOKEN_TO_BE_REPLACED 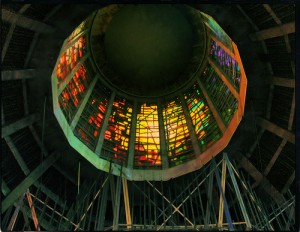 Truimph, Disaster and Decay the save survey of Liverpool’s Heritage

From www.savebritainsheritage.org:
“As Liverpool emerges from its year in the limelight as European Capital of Culture, a new exhibition, mounted by SAVE Britain’s Heritage, takes a sobering look at the state of the city’s architectural heritage.” This exhibition is being held at the RIBA gallery in Liverpool from 16 February until 6 March 2009. Check out the SBH’s news pages for more details.
They also have a new publication, Triumph, Disaster and Decay, a survey of Liverpool’s heritage. It “shines a light on fine buildings suffering from long-term neglect”. It also covers new development in the World Heritage Site and clearance in the suburbs, and includes a gazeteer of buildings at risk in Liverpool. The book costs £12.50, or £10 for Friends of Save.

Also, the Echo Arena is one of four Liverpool buildings in the running for a top national architecture award, the Civic Trust Award.