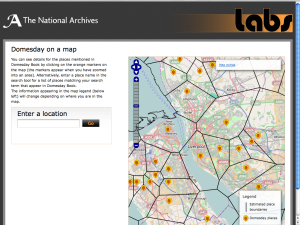 The National Archives' Domesday on a Map tool

Having written about the bigger themes this week, I’ve had to skip past a few other interesting links related to the history of Liverpool. So here they are, just for you:

Firstly, as an excitable mapping/interactive/web geek, I was interested in the new Domesday on a Map tool from The National Archives.

This, as the name might suggest, is a map showing all the places mentioned in the Domesday Book.  You have to zoom in to see any detail, but once there you get markers indicate the places named in Domesday, with an outline of the rough extent of the manor.

Click on the markers to see the historic name of the place (in 1086) and the page of the Book on which its described.

Director of Technology and Chief Information Officer David Thomas tells us why the map was produced in his blog post on the topic.

Domesday Book predated Liverpool by about 200 years, but a couple of places in the area were very important at the time, and get an entry: West Derby, Woolton, Toxteth and Childwall amongst others.

Whether or not your local history research is in Liverpool, Domesday on a Map is definitely must-see.

The scheme will include the tallest building outside London (possibly to be dubbed the “Shanghai Tower“), and for better or worse will transform Liverpool’s skyline.

Permission has already been granted for Wirral Waters, a similar scheme for the waterfront on the south side of the Mersey.

Planning permission documents have also been submitted for a stretch of Edge Lane including the retail parks and industrial areas.

The scheme will cost £200m and include a new park in addition to ‘leisure and retail units’ (“shops” to you and me).

As two of my regular reads collide, SevenStreets has an article on Colin Wilkinson’s Streets of Liverpool, a site of interest to anyone reading this post I should think.

As well as discussion of how the site started, Colin describes how he came to where he is now, via the Open Eye gallery on the corner of Whitechapel to the Bluecoat Press which he has run since 1992. There are also a couple of classic photos from Colin’s archives.

Well, that’s it for now. Hopefully I’ll have some more Historic Liverpool news sooner or later, as I’m trying to find time for more additions to that site. 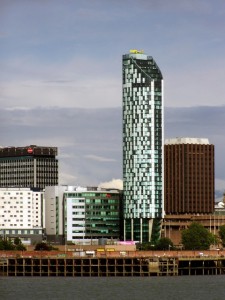 Liverpool Blogs, an exhibition, and more of interest from the LHS 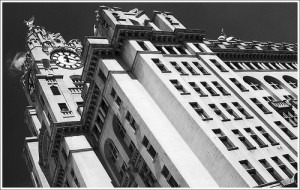 I’d like to start this post with a kind of ‘metablog’. I would have liked to have made that word up myself, but a quick Google proves otherwise. Either way, the Liverpool Blogs blog is a blog about blogs. Try saying that after a Cains or two. I’ve only just discovered this site, and not had time to explore fully, but if you ever want to read more about Liverpool, then it’s the place to start.

The latest post as of this writing is a profile of the Scandinavian Church on Park Lane, which blogs at Save the Scandinavian Church in Liverpool. This site charts the events held at the church, and the ongoing efforts to keep this church in Liverpool. Apparently the mother church in Uppsala, Sweden wants to move the church to somewhere else in the world! The blog also posts in Swedish, so is certainly the real deal in terms of Scandinavian culture on Merseyside. Certainly a site of interest to readers of Liverpool Landscapes.

As for Liverpool Blogs, I’d recommend having a search through their links. If you’re a Liverpool blogger yourself, get in touch with them. I’ve no doubt I’ll be linking to this site in the future, and keeping an eye on it for new and interesting blogs!

Of interest to us Landscapophiles (a word I definitely just invented) is the Liverpool Echo’s Love Where You Live photo competition. The Echo is looking for images that demonstrate why you love where you live, but also illustrate the importance of caring for the environment. Two shots from Flickr have been uploaded as examples. There is also a secondary category for shots of people “who make a difference”.

The Feeling Listless blog discusses a new exhibition, Building Merseyside: A Contemporary Interpretation of the Architecture of Liverpool and the Surrounding Area, taking place at St. George’s Hall. The exhibition includes photography, sculpture and painting. The author, Stuart Ian Burns (the only Stuart Ian Burns around), makes a few good side notes on the fun of looking up at the buildings you might only ever consider to be shop fronts for HMV, Bhs or Dixons if you kept your eyes to ground level.

Finally, if you’re historically minded and you still haven’t looked at the Liverpool History Society Quetions blog, then do yourself a favour and go and have a look. Recently there have been three interesting posts about Liverpool’s urban archaeology: Botanic Gardens Wavertree, Martin’s Bank and St James Cemetary (sic) Tunnel.

In case you’re wondering, the Martin who asked the question is not me. And neither is the Martin of Martin’s Bank. Never mind.