You should be redirected automatically in a few moments, but if not, please click here to see if Liverpool Heroes 3: Vikings in Liverpool has made the transition. 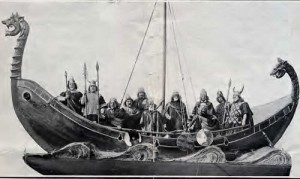 OK, so perhaps the Norse are as far from the ‘Liverpool Radicals’ we have in mind in 2011 as it’s possible to get.

They’re distant in time, left little visible trace in our city, and went about changing society through the delicate application of pointy-horned helmets.

But of course none of that is strictly true. There are traces of the Norse presence on our doorstep, and may have paved the way for Liverpool itself to be settled half a millennium after they first arrived.

The most obvious clues to the way in which Norse settlers changed the landscape are the place names seen across the county. In fact, the distribution is the very thing which gives greatest evidence to the local historian.

In the west of the region are the village and town names of Scandinavian origin: Toxteth, West Derby, Kirkby (and West Kirkby). In the north and east are names which signal the presence of Anglo-Saxons: Walton, Bootle, Childwall. These names contain elements of the language the inhabitants spoke (e.g. botl = Old English, “dwelling place”; kirk = Norse, “church”), and therefore must date from the time the Norse arrived from Scandinavia via Dublin, and began moving into Anglo-Saxon territory.

In addition to the language, place names reveal elements of the geographical or political situation of the time.

Raby on the Wirral, and Roby near Huyton, get their name from the Norse for ‘boundary settlement’. Where these villages stand was once the edge of a land division, probably between the Norse and the Anglo-Saxons (one of whose centres was Chester, to the south east of Viking Wirral and indeed Raby).

Other place names show that Norse settlements were on sand dunes or mosses (‘Meols’ is from the Norse ‘melr’, meaning “sandhill”. Rather than the ruthless invaders we imagine them to be, for a time they were confined to the less fertile ground on the edges of the land.

Thingwall – both on the Wirral and the Hall of that name south of Knotty Ash – signal the site of ‘Things‘, Norse parliaments. Not only does this show how Vikings settled and set up rather civilised government structures, it also shows how a common name on modern Merseyside owes its origins to something brought in by the Scandinavian incomers.

West Derby (Norse: “park with deer”) became an important administrative centre at this time, being the centre of the West Derby Hundred, which stretched from the Mersey to the Ribble at Preston. The medieval ‘wapentake’ court was held here, a castle was built shortly after the Norman Conquest, and West Derby’s importance to government lasted until the 14th or 15th centuries when Liverpool itself rose to prominence.

By the time their culture disappeared beneath the incoming wave of William the Conqueror’s army, the Vikings had made an imprint in the geography and history of Liverpool and Merseyside.

Place names which survive right up to today tell us where their churches were, their parliament and their borders, and they also tell us the type of landscape they occupied. But was the effect of these invaders on the Liverpool landscape ‘radical’?

They arrived, settled and established a court at West Derby, and for around 500 years this inland location was the centre of power in north west England. Later, Edward the Confessor saw fit to site a hunting lodge here, and later still William the Conqueror deemed it a worthy reward to Roger de Poitou, one of his most powerful allies in the invasion.

If it wasn’t for the society which grew up here around the Thing from the 8th Century, West Derby may have remained a tiny woodland village, and perhaps the attention of King John would not have so naturally fell on the Mersey for a place to launch his Irish campaigns.

Who knows what Liverpool would have looked like had the Vikings not settled on and spread from the Wirral all those centuries ago? 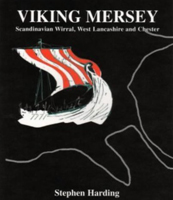 Much of the information here is taken from ‘Medieval Merseyside‘ on Historic Liverpool.

A great overview of the Vikings on Merseyside is Viking Mersey by Stephen Harding, and details of the West Derby Hundred can be found in History of West Derby by J.G. Cooper and A.D. Power.

The new City of Radicals website is now live.