My favourite thing about this map is its ‘obviousness’ and clarity. To a landscape archaeologist, this map of Liverpool is such an easy model to read. For a start, the Pool itself – “Ye Se Lake.” – is there, centre stage. We know straight away where the small town gets its name. END_OF_DOCUMENT_TOKEN_TO_BE_REPLACED 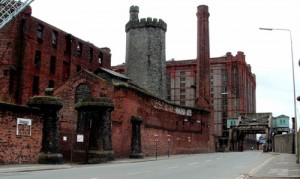