Comments Off on Latest Liverpool Stories

The word ‘blog’ is short for ‘weblog’, a log of interesting sites you’ve come across, and which you want to share with your readers. So, in the first of an attempt at a regular feature, here are some stories of interest to those who like a bit of Liverpool history… END_OF_DOCUMENT_TOKEN_TO_BE_REPLACED

I’d like to review two books recently added to the NMR’s Library, which both have use for the local historian, and yet which are very different approaches to explaining their field. The first is Local History on the Ground by Tom Welsh (The History Press, 2009). I picked up this book hoping to recommend a good starting point for learning how to approach local history research. Instead, it’s a much more informative lesson on how not to approach the study of your local area. 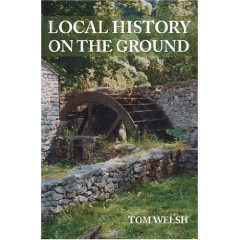 Local History on the Ground, by Tom Welsh

Tom Welsh is a senior lecturer in Geography at the University of Nottingham. This shows in his clear writing style, good structure and approachable tone. He also has a number of good tips to help the amateur landscape historian gain access to places often difficult to see. However, the man has a bee in his bonnet, and over the course of the book this bee gets in the way of his point, and it becomes increasingly obvious over time just what the problem is.

The clues come early on with Welsh’s keenness to separate ‘archaeology’ from ‘local history’. To Welsh, archaeology is sytematic, scientific and prescriptive to the point of boredom. Local history is emotional, following-your-nose and instinctive, to the point of passion. Archaeologists get bogged down in the minutiae of sites and objects, and ignore the wider landscape, and are obsessed with the “scare story” that is stratigraphy. Another issue is their insistence of walking in straight lines over the ground (“systematic survey”) which is done to remove any biases and ensure objectivity when identifying features (“Why does ecology not get bogged down with this?”). He’s clearly unaware that the specific technique of field walking has the aim of identifying finds on recently-ploughed land, and has little concern with features. Systematic survey is something different altogether.

After distancing himself from archaeology (the study of the past through interpretation of material remains and environmental data, including architecture, artifacts, features, biofacts, and landscapes (Wikipedia)) he soon begins to reveal just how much vitriol he has for the profession. Archaeologists are defensive of their data, and of the historic environment in general (“a lot of heritage goes unnoticed as a result”). Amateurs are a nuisance to them, and they never (ever) let an amateur contribute to, say, the Historic Environment Record. By Page 91 it has been revealed that archaeologists seem to have snubbed Welsh’s own attempted contributions over the last 30 years. In one example of his work, he suggests that a hilltop site at Auchingoul is not a quarry, as the archaeologists suggest, but a Roman camp (an interpretation dismissed by OGS Crawford 60 years ago). He has done the fieldwork to prove it, and his neat little sketch shows a series of ponds, more ponds, a double pond, and an ‘access to pond’ track. Not sure where the Romans where meant to actually live, or why the famously standardised Roman camp template was abandoned. Perhaps because this site was 150 miles from the edge of the Roman empire.

So having never heard of landscape archaeology, or possessing any understanding of archaeological stratigraphy (he should realise it’s not just between sites, but within sites, and within features!) or fieldwalking, or geoarchaeology (archaeologists ignore geology, apparently), what has Welsh brought to the table in terms of technique? He clearly realises that landscape is the key to interpreting sites, but it seems that houses, tarmac and recent buildings get in the way of this. Despite his great contributions to the field of landscape history, W.G. Hoskins also made the mistake of seeing modern development as a muddying of the archaeological record, rather than an intrinsic part of it. And perhaps some archaeology is too concerned with classification (it certainly was when the majority of Welsh’s sources were written, in the 60s and 70s). But when you are working at a national scale, such similarities between far-flung settlements are actually informative, and help take the researcher further.

Tom Welsh has clearly had a lot of trouble over the years trying to convince archaeologists that his interpretations of sites are superior to the ‘official’ one. However, that is no reason to let your problems get in the way of your book, and in this case it really does. Another author, Margaret Gelling, writes in a similar way when looking at place-name research. While her books are excellent, invaluable texts, her insistence on constantly reminding us that we should keep such research in the hands of the professionals is almost the equal and opposite of Welsh’s idea. It spoils the readability of her work, and should be left out.

History on the Ground is a useful book. It has many great ideas on how to overcome barriers to research in your local area (get on the top deck of a bus for a better look), and goes systematically through the various elements of the landscape which you should examine in local history fieldwork. However, don’t let it put you off doing your own research. What we know today has benefited from the input of amateur researchers, and will continue to do so for as long as the past is of wider interest. But it will continue to be subject to peer-review, from other amateurs as well as professionals , as how else can quality be maintained? And contrary to what Welsh implies, do join your local archaeology society, and learn from people who have been doing it for years, rather than making it up as you go along and moaning when others suggest you might be in error. And certainly don’t criticise techniques of a practice that you clearly know little about, and have no intention of learning from. 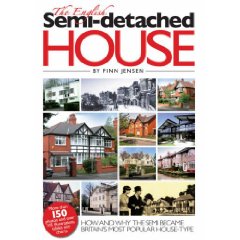 In complete contrast to this style is The English semi-detached house: how and why the semi became Britain’s most popular house type by Finn Jensen (Ovolo Publishing Ltd, 2007). Jensen has written a survey of the developments of the semi-detached house in England over the last 500 years, starting from the large urban villas of the elite, and the country cottages of the working class, and brings the history right up to date with the housing developments in large estates during the 20th Century. Thankfully he neglects to criticise others in his field, and concentrates on producing a systematic yet readable history of these much-loved buildings through the years.

As this blog post has become too long already, and is really more concerned with technique than book content, suffice to say that The English Semi-detached House is an excellent resource, particularly for those readers who are researching Liverpool, and perhaps their own house, themselves. Jensen is a researcher at Liverpool John Moores University, and along with areas of London and Chester, Liverpool suburbs feature heavily throughout the book in many of the 150 illustrations which fill its pages. Fig 1.1 is itself a pair of aerial photographs of West Derby, marking its 20th Century expansion, and the sheer number of semis in the area. Many more West Derby photographs appear, in addition to photos of Runcorn, Birkenhead and south Liverpool suburbs, so the Scouse reader is left with an extensive survey of his or her home turf!

Jensen was born in Denmark, yet grew up in an English semi, and his knowledge of the house form is detailed and wide-ranging. However, there is never the impression of his opinions getting in the way of the description, and the book is well referenced with a separate bibliography for each chapter.

I would heartily recommend this book to anyone researching the modern suburban landscape, in addition to those looking at the older, and often larger semis more often seen in wealthy London suburbs built in (for example) the Georgian period. Welsh’s book, on the other hand, should be approached with caution, lest you be distracted by his attacks on the profession which has clearly offended him. Read Local History on the Ground for it’s investigative technique, but not for its interpretative advice!

If you’ve any more books you’d recommend (or avoid!), then do let me know in the comments.