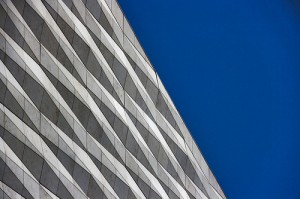 The keys were handed over to National Museums Liverpool from the developers last week, and now the pristine Museum of Liverpool is preparing for the installation of its exhibits ahead of the 2011 opening. The Liverpool Echo has a great slideshow of the museum, including the main entrance, the giant picture window, and the central spiral staircase.

You can also sponsor part of the Jura stone cladding, or one of the seats in the auditorium. Just pop over to www.liverpool museums.org.uk/about/development/mol for more information.

I’m looking forward to seeing it when it opens!

Liverpool Map to go on display

Speaking of the museum, a new fused glass map which will take pride of place in the galleries when MoL opens next year is to go on display at the Daily Post’s offices in the city centre. There’s a blog on the Daily Post web site to keep you up to date with progress with the map.

Now if only they’d do an electronic version I could stick on my site!

After 26 years, work is finally to start on the site of the 1984 Garden Festival. The Oriental gardens will be restored, lakes dredged and undergrowth cleared. Plenty of people in the Liverpool Echo article are ‘delighted’ at the ‘milestone’. 600 homes were built straight after the Festival, and Pleasure Island gave many a young schoolkid a fun Bank Holiday in the 1990s, but developers Langtree hope that this latest phase of building will create a worthy leisure facility for Merseyside and kick-start the collapsed apartment project from 2008.