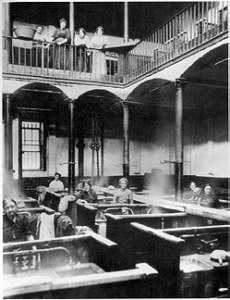 Comments Off on Slum Saviour to get statue, and Knowledge Quarter revamp

Slum Saviour to get statue, and Knowledge Quarter revamp

Kitty Wilkinson, pioneer of health reforms and saviour of hundreds of lives during the cholera outbreak of 1842, is to have her statue erected in St Georges’ Hall. She will be the first woman to have such a memorial here.

Currently a shortlist of potential sculptors is being drawn up, and it may be that descendants of Kitty will be involved in the final selection.

The area and roads outside the Metropolitan Cathedral – Liverpool’s Knowledge Quarter – are to get £6m funding for a facelift. The money comes from the Northwest Development Agency, the European Regional Development Fund and the University of Liverpool and Liverpool John Moores University.