Comments Off on Review of Our Liverpool, by J.P. Dudgeon 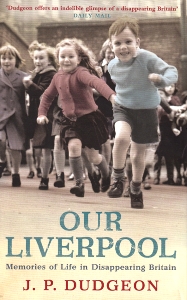