The Ancient Crosses of Lancashire

You should be redirected automatically in a few moments, but if not, please click here to see if The Ancient Crosses of Lancashire has made the transition. 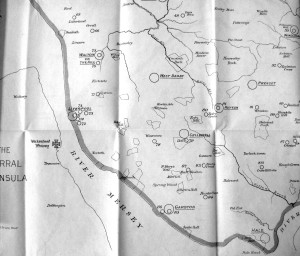 Happy New Year all! This year I’ll be concentrating on more maps of Liverpool and the surrounding area, with only a smattering of news when it suits. First up: a lovely little book from 1902, detailing one man’s niche interest…

Here’s a quiz question: how many churches on Merseyside can you name which have pre-mid16th century origins? The Ancient Crosses of Lancashire by Henry Taylor is a small hardback book and a catalogue of hundreds of ‘ancient’ (read: historic) crosses as they stood at the beginning of the 20th century. It also answers questions like the one above. 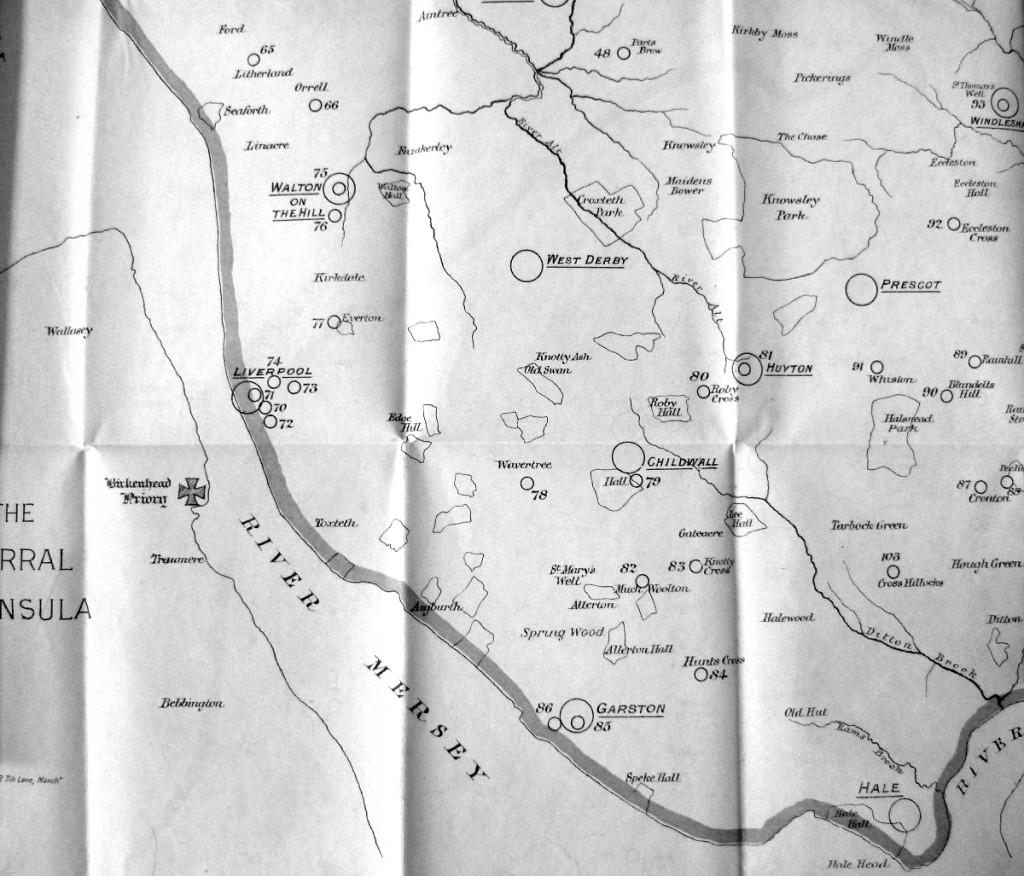 Extract from a map of ancient crosses in Lancashire

Its main feature is the countless number of entries describing all the crosses that Taylor has managed to scrape together evidence for. A lot of this evidence comes from old maps and place names, but also anecdotal evidence – such and such a reverend mentioned it in a letter, passed via the local publican’s brother. The catalogue is divided into parishes, and covers the whole of the Hundred of West Derby. No doubt this is one book from a multi-volume set, and covers just one part of Lancashire. 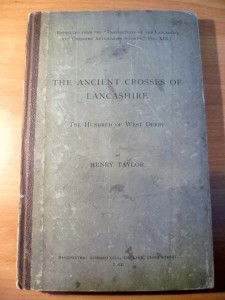 Cover of the book Ancient Crosses of Lancashire by Henry Taylor

Before he gets to the catalogue, though, he goes through a brief description of the area, describing the West Derby Hundred as almost a ‘peninsula’, bordered as it is on three sides: Irish Sea to the west, Mersey to the south and Ribble to the north. He also notes the number (twenty) of ancient parks in the Hundred, which fits in well with our view of Liverpool itself as being blessed with a lot of open space. Some of that land originated in parks (Croxteth, Toxteth) and some through other channels. 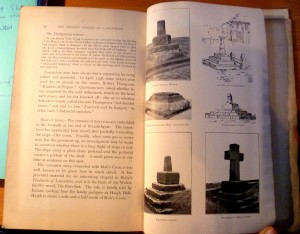 The book includes other little gems like a handful of black and white photos of crosses, a map of Liverpool (for a future post) and a giant fold-out map of the Hundred, reproduced here. There are also lists of pre 16th century churches and chapels, and a list of wells in the area. This is a book by a man who’s interest (and knowledge) of the topic of religious paraphernalia is impressive, and makes me wonder a little about how you could go about collating that information. If you see (or own) another book by a Edwardian gent by the name of Henry Taylor then do let me know, whether it’s about crosses or not! I’d love to have the time to become so knowledgeable these days, but I suspect it is a turn of the century thing.

If you’d like me to look up a cross in your area, let me know, and if you have any other questions about the book or the map, pop it in the comments below!

Until then – those pre-16th century churches in full:

The full map of ancient crosses in Lancashire