You should be redirected automatically in a few moments, but if not, please click here to see if Toxteth – redressing the balance has made the transition. 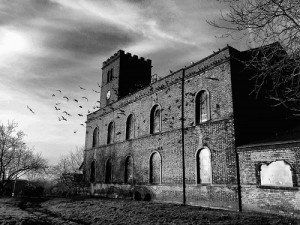 July 2011 marked 30 years since the violence in Toxteth which would hang a cloud over the suburb of Liverpool for decades, at least in the eyes of the public at large. It came to symbolise the economic problems of early 1980s Liverpool, and helped cement the stereotype of inner city, unemployed Scousers which probably lingers in some circles today.

Local press paid a lot of attention to the anniversary, quite rightly, but whenever the name Toxteth is mentioned (in these circumstances or elsewhere) it conjures up little else for the majority of people. I remember the first time I was old enough to find the phrase ‘Toxteth Park’ one which didn’t quite fit with what I thought the area was all about.

So I hope this little blog post and the accompanying longer article on the History of Toxteth can redress the balance, and put Toxteth’s situation in 1981 into some historic context.

Toxteth Park entered history as a pair of medieval manors – Toxteth and Smeedun (Smithdown). Around the time of the Norman Conquest these became part of the large West Derby royal hunting forest, including Simonswood and Croxteth Park in its bounds.

Toxteth Park remained a walled royal park for hundreds of years after this, only being developed for agriculture and later houses and industries when it was dis-parked by James I in 1591.

Once dis-parked, Toxteth was quickly converted to pasture for animals, and later the richer merchant classes turned it into one of the first fashionable suburbs. Large houses were the first to be built on the land, and these can still be seen surrounding the Victorian Parks of Sefton and Princes.

As with all of the early suburbs, economic development soon turned the area into a landscape of industrial units and housing, created by the southern docklands, warehouses and workers homes. This was one of the fastest transformations of inner Liverpool, with thousands of terraces and back-to-backs spreading across the landscape from the river to Edge Hill.

It was part of the engine house of Liverpool’s Victorian heyday, but it also sowed the seeds for its decline over the next 100 years.

With the decline in the docks in the twentieth century, Toxteth suffered more than many. It’s population were so tightly tied to the waterfront industries and commerce that mass unemployment was the inevitable side effect when the focus of Britain’s trade shifted from the west to the south coast ports after the World Wars.

Post-war slum clearance also took its toll, ripping the heart out of communities and shipping them out to satellite estates like Cantril Farm and Kirkby.

The process continued through the decades, coming to a low point at the end of the 1970s. By 1981, relations between the local population and the police were at a low. The arrest of Leroy Alphonse Cooper under the despised ‘sus laws‘ was the spark which lit the dry kindling.

The Toxteth Riots were national news, and took place in the context of similar unrest in Brixton and Moss Side. Whether the government were already moving into action or not, the 1980s saw some reinvestment in Liverpool.

The Albert Dock scheme was part of this, as of course was the Liverpool Garden Festival. Whether this directly helped Toxteth is a topic for discussion, but a slow and steady trend can be seen through the creation of the Merseyside Development Corporation in the early 80s, through successive waves of development and the gradual renewal of Toxteth in the 90s and 2000s.

So when we remember the riots, remember also the long history of Toxteth as a forest, a park, a suburb, a bustling industrial sea of terraces before the problems began. See how Toxteth’s history is intimately bound up with how the riot came about. And see the process of regeneration which began slowly in the late 20th century, and carries on into the 21st.

If you’re interested in the full history of the township of Toxteth, head for the History of Toxteth article on Historic Liverpool.