Comments Off on The British Side of Liverpool Cosmopolitanism

The British Side of Liverpool Cosmopolitanism 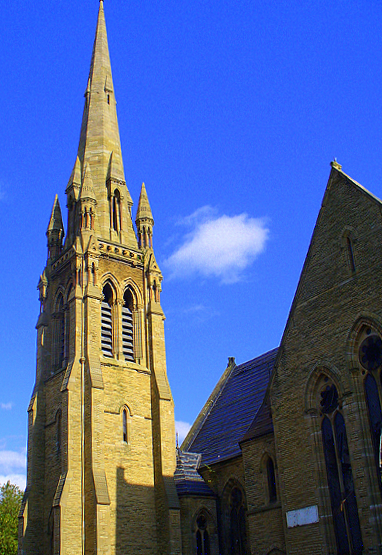 Amongst the many things Liverpool is famous for, its long-held cosmopolitan nature is probably one of those which Scousers are less annoyed at being reminded of.

Liverpool’s long history of being a world port, along with its notorious role in the African slave trade have perhaps more than any other factors stamped their effects on the city’s image as a – cliche alert – ‘melting pot’.

But what I’ve only recently come to appreciate is just how influential incomers from our own isles have contributed to the landscape and character – the atmosphere – of Liverpool. As a landscape archaeologist this has usually been of little interest to me (except where it affects road names and ‘territories’. But since reading Our Liverpool, and now finally making headway with the giant Liverpool 800 book I’ve come to realise just what ‘Liverpool Cosmopolitanism’ can really mean.

I also feel a greater understanding of the way people from all over Britain (the ‘Celtic’ states) come together to make Liverpool the individualistic town it is.

The British in Liverpool

I can’t judge as an expert, but Liverpool 800 draws the lines between the characters of Irish, Scottish and Welsh immigrants fairly clearly

The Irish are some of the most famous of Liverpool’s incomers. Both sides of my family (the Crilleys and the Greaneys) came over from Ireland in the 19th Century, and I can guess that a large proportion of Liverpudlians reading this could trace a similar lineage of their own.

A huge number of Irish migrants came over fleeing the potato famine in the middle of the 19th Century. Their numbers rose quickly and they were often stuffed into tiny and unclean court houses. They arrived poor, lived in squalid conditions and had a reputation for harbouring diseases in their communities, and conflicts often arose out of this with their neighbours (see below).

On the other side of the coin, yet still probably due to their great numbers, the Irish community contributed more than other groups to politics. The sectarian troubles of their homeland were brought across the Irish Sea, but in addition to the differences between Protestant and Catholics the Irish community took part in electoral politics. Irish Catholic clergy were elected to School Boards. Pub landlords like Hugh McAnulty and Jack Langan lent their premises to meetings of various activist groups. Austin Harford, a successful cloth merchant, led the Irish Party from 1903 to 1923, and became the first Catholic mayor in 1943.

As Liverpool 800 has it, ‘Liverpool-Irish’ was a distinct ‘hypenated identity’. Even as some sought to distance themselves from their roots as a way to “effect the quickest way out of the Liverpool ‘ghetto'”, it seems that as a distinct group the Irish were very active in all parts of Liverpool life (William Brown, funder of the Museum which sits on the road named after him, was an Ulsterman).

The Welsh, in contrast to the Irish, appear at first to have kept themselves to themselves (or “looked after their own”, Liverpool 800, p.345). Having not come as far as the Scottish and Irish, many only stayed as long as it took to make their fortune and move back home. Others came seasonally to work, travelling along the coastal trade routes of north Wales.

This insularity was exaggerated by the language barrier that the Irish never found trouble overcoming. The Welsh were known for their building skills, and the various groups of ‘Welsh Streets’ of ‘Welsh Houses’ became a hallmark. In addition Liverpool became dotted with the Welsh chapels which can still be seen across the city today. In a way these were enclaves which may have helped isolate the Welsh from wider involvement in, for example, politics.

However, in later years there were movements to end this isolation. One of the problems was seen to be the lack of education which Welsh migrants had. Many were labourers and it was felt that this lack of further skills prevented the Welsh from becoming something more than admired builders and architects.

Even as the Eisteddfod and St David’s Day celebrations took place on Merseyside there were encouragements to “Amalgamate … with Anglo-Saxons – in other words, the English”. Though “they loved their language [and] they loved their country” they also “loved their Queen”.

However, perhaps due to their lower numbers, although they took part in electoral politics they never left the mark in the way the Liverpool-Irish did.

As Belchem and MacRaild admit in their chapter ‘Cosmopolitan Liverpool’, the Scots are relatively unstudied in their roles within Liverpool history. But the journal Porcupine suggested in 1877 that “had it not been for the enterprise of the Scotchmen, Liverpool would not have emerged from its early obscurity”.

What surprised me therefore was that it was individual Scottish men, rather than communities, which seem to have made their mark on Liverpool. Sir John Gladstone, father of a future Prime Minister, moved to the city from Leith. He was a commercial man, as were many of his fellow Scots, including Samuel Smith, the ‘Cotton King of Liverpool’.

The professional contribution of Scotland was not confined to commerce. Dr. Duncan, the first Medical Officer for Health, was just one of the leading lights in medicine of Scottish origin.

The skilled Scots tended to cluster further from the docks than their Irish contemporaries, right on the outskirts of the north end of the city. This, Belchem and MacRaild tell us, was partly due to no love being lost between the Scottish and Irish. Indeed the reputation of the Irish for living in filthy and overcrowded courts was not confined to the Scots, though perhaps the records left us by those such as Dr Duncan mean we are left in no doubt as to the Scottish opinion.

As I’ve said, as someone more usually interested in the bricks and mortar of the city, and the landscapes of roads and fields, the topic of people has always played second fiddle to the built environment. But this chapter in Liverpool 800 has give me a glimpse into the roles into which the ‘Celtic’ nations fitted in Victorian Liverpool.

Having said that, one of the things which struck me were the well-defined lines between what the Irish immigrant could expect to find when he arrived from Belfast compared to the life of the Welsh builder or the Scottish shipwright.

Was the truth of the matter so clear cut? I’m sure it wan’t, but what impressions do you get of the Irish, Scots and Welsh in historic Liverpool? Was it the numerous and politicised Irish? The skilled or highly educated middle and upper class Scotsman? And the quiet, insular Welsh communities with their occasional outbursts of Eisteddfod extravaganzas?

Or none of these things?