You should be redirected automatically in a few moments, but if not, please click here to see if Belated, retrospective book review: Culture of Capital by Nicky Allt has made the transition. 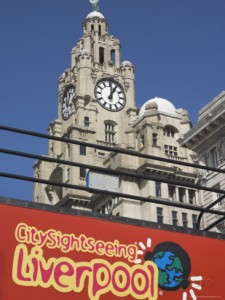 In this post I’m going to take a look at a book which was published eight years ago, but which I only got a copy of over Christmas 2013. And it’s taken me another 12 months to get around to reading it! Despite (or because of) it’s age, it makes an interesting read.

The Culture of Capital by Nicky Allt

The Culture of Capital is a collection of essays and recollections, edited by the man who wrote the plays Brick Up the Mersey Tunnel and A Tale of Two Chippies. Published in 2008, it flows from the critical pens of writers cynical at the then-upcoming Capital of Culture year. It’s taken me this long to get around to reading it, but it’s good to remind ourselves of the view from that time, and weigh it up against the developments of the following 7-8 years. 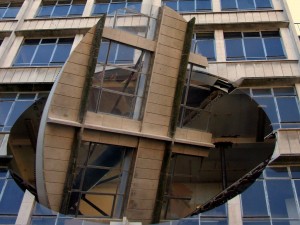 Turning the Place Over by Paul White, Creative Commons License

Allt sets out his stall as a dyed-in-the-wool Scouser (though perhaps that phrase is a dangerous one considering the relationship with St Helens), and comes across as everything the rest of the country sees in Merseysiders: proud, funny, emotional, angry, put-upon, though all the way through he’s nothing if not self aware about it, which is admirable!

Following his pair of introductions (Sintroduction and Wintroduction, covering both sides of the debate), the next chapters come from other playwrights, activists, writers, locals, visitors and ex-pats, weaving yarns about their youth and the evils of today. In the end, it looks like the Capital of Culture was, from the viewpoint of 2007, shaping up to be a massive failure, if not an outright betrayal of the very Liverpudlians the title was earned by. Everything from building contractors to artists to the Culture Committee itself was bussed in from as far afield as Australia and that-there London. That is, until said committee members were given golden handshakes to get lost sharpish…

In many ways it’s a sad book, and not surprisingly one which struggled to find a publisher. (Eventually Liverpool University Press, whose mother organisation comes in for CoC criticism too, put the book out.) On the other hand, it’s good to know there’s still fire in the bellies of Scousers, and a genuine and powerful love for the city by both natives and adoptees of the Mersey. 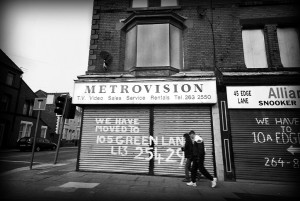 If you’ve not read it, I must tell you that it’s still relevant, and you should seek it out. If you had your own doubts about the planning and the execution of the CoC then it will likely back up your feelings. If you enjoyed 2008 despite the events and cock-ups (CoC-ups?) set down in this volume then perhaps you won’t recognise the catastrophe here.

The main question which crystallises in these pages is: Does Liverpool still belong to Liverpudlians? In 2008 Americans owned Liverpool FC and Liverpool One was about to plonk a load more international brands into the town centre. Scousers definitely want ownership their city, and are proud of what’s in it (in the doughnut around the centre, perhaps). But Allt and co worried about local apathy triggered by too many betrayals by those city councillors who were elected to serve them in that crucial year.

What do you think? Do your memories of Capital of Culture reflect what this book says? Or did it all pan out in the end?

Tags: Capital of Culture, Nicky Allt, review
From: Articles, Export
No comments yet